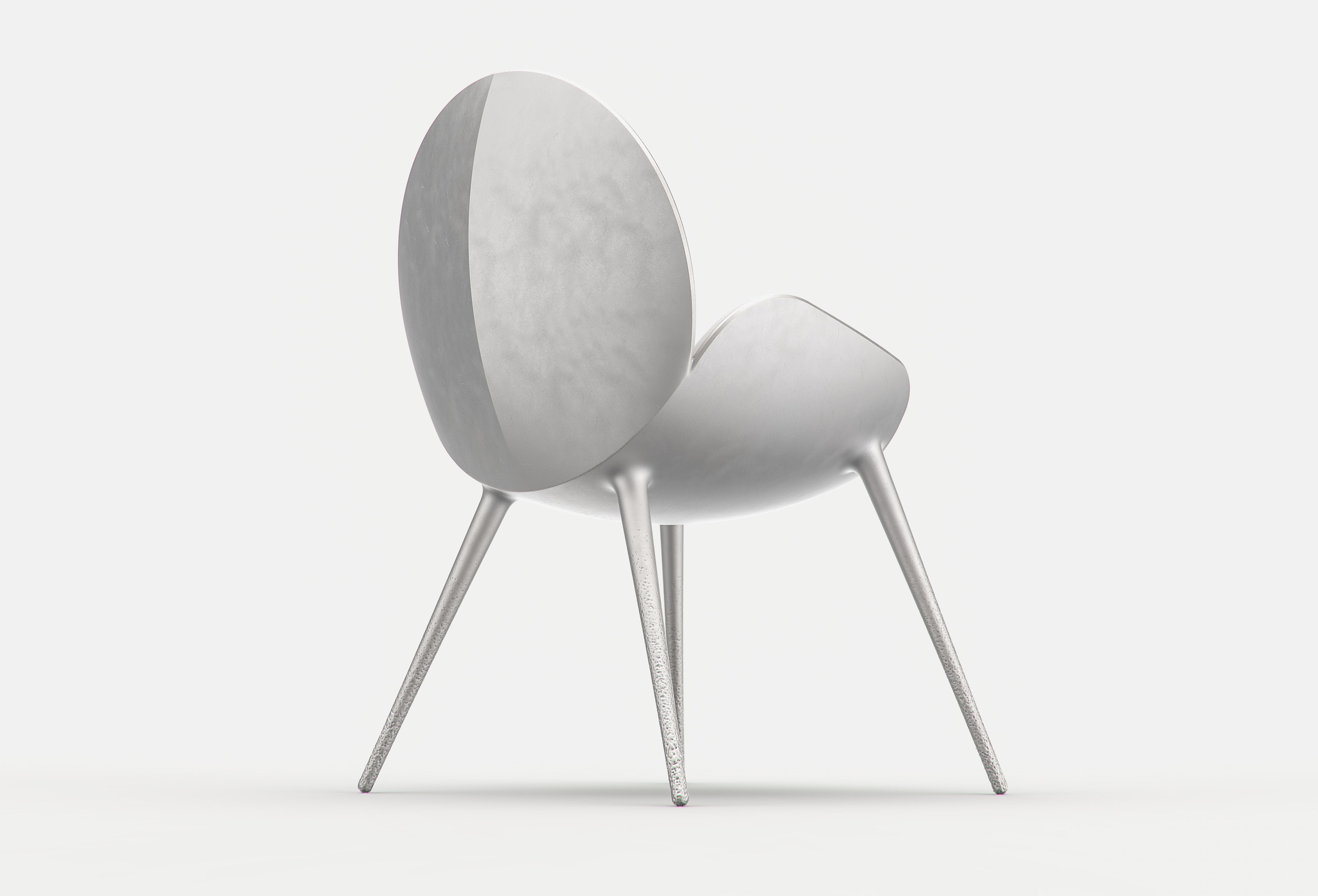 Yet another highly symbolic object.

The chair had been designed for a prominent space, the VIP room of a sports arena being built for professional women’s basketball players, a representative area predominantly visited by men.

It would be worthwhile to follow the stages of the conscious design process, the sketches, the chain of logical and sequential design choices that reflects on its origin, the toroid shape if we had enough time and space here.

For now, there is only the establishment of facts: the end result is the objectification, embodiment of a precisely consistent, conscious, sovereign design methodology.

The embodiment can be understood literally: it is difficult not to notice the openly anthropomorphizing abstraction, the analogous evocation of the pelvic bone on the sitting surface, and the unique innovation, the use of a microcellular aluminum foam that resembles the porosity of bone tissue.

As lighthearted and self-evident as the idea may seem, it is so special and novel. No one has ever used this material in a way like this before, a material that had basically only seen industrial use.

It may be the luck of the designer that the team’s naming sponsor is the developer of said material, but it is the talent of the designer to see the opportunity in that fact. Aluminum itself, as a material, an opportunity: its silvery shine is akin to moonlight. This is consensual anyway, as the Sun is the source of golden, and the Moon is the source of silver light.

Therefore, the Moon, more precisely the gender of the Moon, is a subject of consensus - the Goddess(es) on the night sky: Artemis, Selene, Hecate, Diana, Luna, Trivia, personifying lunar phases, female states of existence, roles.

Being a professional female athlete is a role too, a state of existence. The feminine principle is, if there is one at all, what engages the attention of this project’s female designer designing for women, not in a narrow sense concerning only the object, but the environment too that gives space to that object.

This is the first time in her career that joining great predecessors (Le Corbusier, van der Rohe, the Eames couple, Starck), she has been able to design a specific piece of furniture for a specific space, testing the validity of the object in the current and out-of-space imaginary, i.e. “anywhere possible” spaces.